Female hormonal testing is recommended when irregularities are identified in your menstrual cycle or physical examination. We offer various hormonal tests at our Beverly Hills, Sherman Oaks, and Mexico offices, including estrogen and progesterone levels, FSH and LH levels, Inhibin B, Anti Mullerian Hormone (AMH), Testosterone and other androgens, thyroid tests, and Prolactin levels. The results of these hormonal tests help determine the best course of treatment for each individual patient. 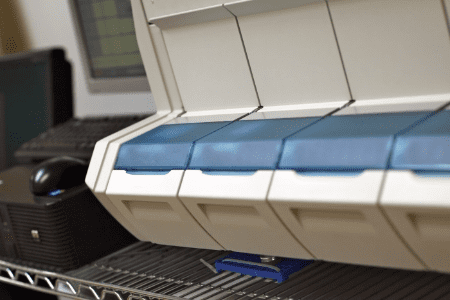 AMH is a hormone produced by the ovary, that reflects ovarian reserve and recruitable eggs available for fertility in a cycle. It is not affected by the time of the cycle and minimally affected by the use of oral contraceptives. An individual desiring to evaluate their fertility potential should have a serum AMH level tested. High AMH levels are seen in young females with great ovarian reserve or patients with PCOS.

Inhibin B is a hormone produced by the ovary that can be tested on day 1, 2 or 3 of the menstrual cycle. It has been shown to reflect ovarian reserve/ egg quality. Levels can fluctuate in a cycle and in between cycles. Inhibin B is suppressed by oral contraceptives. Its use is not universally accepted by by all fertility specialists.

Estrogen is largely responsible for stimulating the development of the endometrium, the blood-rich mucus membrane that lines the uterus. There are three forms of estrogen found in the human body: estrone, estradiol (E2), and estriol. Low levels of estradiol may indicate that the follicles (small sacs in the ovaries) do not contain healthy eggs. Because estrogen levels vary during the menstrual cycle, they are usually measured over several days.

Progesterone is a hormone produced after ovulation that is critical to successful implantation. The progesterone hormone test is performed four to nine days after predicted ovulation or the LH surge to determine if ovulation has occurred. Low findings of progesterone may suggest a lack of ovulation or anovulation (the failure, termination, or suppression of ovulation).

Follicle Stimulating Hormone (FSH) and Luteinizing Hormone (LH) control ovarian function. These hormone tests are usually recommended for women who have abnormalities in their menstrual cycles or who do not ovulate normally.

Testosterone and Other Androgens

The ovaries and adrenal glands usually produce small amounts of androgens (male hormones), including testosterone. If androgens are overproduced, normal ovulation can be affected. Indications of excess androgen include oily skin, acne, and excessive hair growth.

The thyroid can affect fertility, the ability to become pregnant and maintain a healthy pregnancy, postpartum health, successful breastfeeding, and even the health of your baby.
The thyroid-stimulating hormone (TSH) is tested to detect any problems affecting the thyroid gland. TSH, which is produced by the pituitary gland, is measured first because it is a more sensitive indicator of thyroid function than the thyroid hormone itself.

Excess prolactin, a condition known as Hyperprolactinemia, can result in an assortment of reproductive dysfunctions, including irregular ovulation and menstruation, absence of menstruation, and Galactorrhea (breast milk production by a woman who is not nursing).

Words from our patients