WHAT IS AN OVARIAN RESERVE SCREENING? 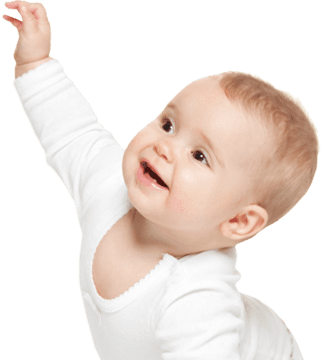 Ovarian reserve screening is a method Dr. Sam Najmabadi can use to predict a woman’s reproductive potential as well as the potential of a healthy pregnancy. The term “ovarian reserve” refers to the supply of eggs a woman has at the current time. Age has a significant impact on both the quality and quantity of a woman’s eggs, and female fertility begins to decline when a woman is in her early 30s. With ovarian reserve screening at the Center for Reproductive Health & Gynecology in Beverly Hills Sherman Oaks, and Mexico we can evaluate both the amount of eggs and the health of those eggs to get a good idea of a woman’s potential to reproduce. Ovarian reserve testing at our center includes a number of tests:

AMH is a hormone produced by the ovary, that reflects ovarian reserve and recruitable eggs available for fertility in a cycle. It is not affected by the time of the cycle and minimally affected by the use of oral contraceptives. An individual desiring to evaluate their fertility potential should have a serum AMH level tested. High AMH levels are seen in young females with great ovarian reserve or patients with PCOS.

This is the most common test infertility doctors use to assess the ovarian reserve of a woman. Follicle Stimulating Hormone (FSH) stimulates the growth and recruitment of the ovarian follicles, which contain a woman’s eggs. If a woman’s FSH level is high, it may mean that she has few eggs or eggs of poor quality. FSH levels are measured on day three of the menstrual cycle. This day is important because at this time estradiol (estrogen or E2) levels are low, and elevated estradiol can lead to decreased FSH levels and give doctors an inaccurate count of a woman’s ovarian reserve. For this reason, it is necessary to include the level of estradiol (E2) when determining the level of FSH.

The clomiphene citrate challenge test (CCCT) is based on the scientific assumption that a woman’s ovarian reserve is linked to a healthy group of developing follicles. These follicles should be able to make enough estrogen and inhibin to suppress FSH production when stimulated. While similar to the previously mentioned form of FSH testing, this test is more sensitive and can give us a better indication of a woman’s true ovarian reserve.
The CCCT also involves the measurement of day three FSH and estradiol, and it also involves stimulated day ten FSH level analysis after stimulation with clomiphene citrate. An elevated day ten FSH level carries the same poor prognosis as an elevated day three level and gives doctors a better idea of a woman’s potential for a healthy pregnancy.

Combined with consideration for a woman’s age, the antral follicle count is an excellent tool for estimating ovarian reserve. We can also use this test to predict a woman’s response to ovarian stimulation with medications and to predict the likelihood of pregnancy after in-vitro fertilization.
Antral follicles can be accurately counted and measured with a transvaginal ultrasound. The results of this test are based on the assumption that the number of antral follicles viewed on ultrasound indicates the number of primordial follicles (which contain immature eggs) in the ovary. We use this test to select the drugs and dosages of ovarian stimulation medications used at the beginning of an IVF cycle.

To conduct ovarian volume assessment, a fertility doctor will use a transvaginal ultrasound to measure the length, width, and depth of each of a woman’s ovaries. A womans reproductive age can be measured by the size of her ovaries, which become smaller with time. As a result, women with larger ovaries tend to respond better to infertility drugs compared to women with smaller ovaries, and having smaller ovaries can also impact the success of IVF treatment.

Ovarian reserve tests are an important and reliable way to predict a woman’s ability to conceive, but they are not infallible. In some cases, women with abnormal ovarian reserve testing results are still able to conceive naturally. Still, an abnormal test does show that a woman is less likely to have a successful pregnancy and we can use these test results to better counsel our female patients regarding their reproductive potential and possible infertility treatment options. If you would like to know more about your ability to reproduce through ovarian reserve testing in the Los Angeles area, contact us today to schedule a consultation with an infertility doctor at the Center for Reproductive Health and Gynecology, serving Beverly Hills, Sherman Oaks, and Mexico.